I used to believe  anything put on this earth is good for us.   If not fried or processed, I believed all the herbs of the field and things which grow in nature are made to nourish us.... but alas this is NOT true.   There are things on this planet which can harm us.

When I started this group co-op in 2011 a woman who was considering to join the order to make our first shipment happen, said to me:

"I will order your organic feed if there is no soy in it."
"But what if it is organic soy?,... then it would be okay?...Right?"  I responded,
"NO!" She replied in a low and adament tone.
"Geez?", I thought,
"What is wrong with soy?,  Can you explain to me why a plant growing naturally with no pesticides on earth is bad?

She did explain it to me.   I came to learn her passion against soy was built upon her being a breast cancer survivor and she had worked with all her might to overcome her cancer challenge.   She was scarred in a way that she considered her very life to be at stake if she intook soy.   So I read the book she referenced and started understanding.  The book was, " Nourishing Traditions."

After that I continued to study the components and compounds found in soy and I too began to agree with this woman who stood like an oak against the intake of soy, that she would not even allow her chickens to eat soy.

Summary of the 8 main reason one should avoid soy  (Parsed from Dr. Mercola) video above.

1.                  85 percent of soy grown in the US (58.6 percent worldwide) is genetically modified (GM).  The purpose of genetic modification is to impart resistance to the toxic herbicide Roundup.  The motive is to increase farming efficiency and provide higher margins for soy suppliers.  The primary problem is that this soy is laden with this toxic herbicide.  Second, this soy also contain genes from bacteria that produce a protein that has never been part of the human food supply.

GM soy has been linked to an increase in allergies. Disturbingly, the only published human feeding study on GM foods ever conducted confirmed, the gene inserted into GM soy transfers into the DNA of our gut bacteria and continues to live and function. This means that years after someone stops eating GM soy, they may still have a potentially allergenic protein continuously being produced in their intestines.

Even more startling is the possibility that GM soy may cause infertility in future generations, which has been evidenced by recent Russian research.

Soy foods contain anti-nutritional factors such as saponins, soyatoxin, phytates, protease inhibitors, oxalates, goitrogens and estrogens. Some of these factors interfere with the enzymes you need to digest protein. While a small amount of anti-nutrients would not likely cause a problem, the amount of soy which most Americans are eating now appears extremely high.  (From 1992 to 2006, soy food sales increased from $300 million to nearly $4 billion, according to the Soyfoods Association of North America. This growth came about due to a massive shift in attitudes about soy.  This shift was no accident—it was the result of a massive investment in advertising by the soy industry that's been wildly successful.)

Hemagglutinin is a clot-promoting substance that causes red blood cells to clump together. These clumped cells are unable to properly carry oxygen to your tissues.

Goitrogens are substances that interfere with iodine metabolism, which blocks thyroid synthesis, thereby interfering with your thyroid function.

Phytic acid (Phytates) bonds to metal ions, preventing the absorption of minerals, including calcium, magnesium, iron, and zinc -- which are co-factors for optimal biochemistry in your body. This is particularly problematic for vegetarians, because eating meat reduces the mineral-blocking effects of these phytates (so it is helpful—if you do eat soy—to also eat meat).

Isoflavones are a type of phytoestrogen, which is a plant compound resembling human estrogen. These compounds mimic and recurrently block the hormone estrogen, and have been found to have adverse effects on various human tissues. Soy phytoestrogens are known to disrupt endocrine function, may cause infertility, and may promote breast cancer in women.

Drinking even two glasses of soymilk daily for one month provides enough of these compounds to alter the menstrual cycle. Although the FDA regulates estrogen-containing products, no warnings exist on soy.

Soybeans are processed (by acid wash) in aluminum tanks, which can leach high levels of aluminum into the final soy product. Soy formula has up to 80 times higher manganese than is found in breast milk.

okay,..soy is bad for humans,.. but my chickens? 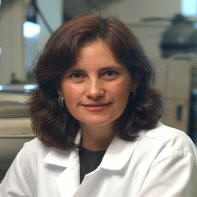 Yes.   SOY TRANSFER FROM POULTRY FEED INTO EGG AND TISSUES:  Professor M. Monica Giusti, a poultry biologist of Ohio State University, is one of the few people who has done research on soy isoflavones appearing in commercial egg yolks. She has designed lab tests to detect soy isoflavones. In 2009 one of her students published a master’s thesis on the transfer of the soy protein into egg yolks and chicken tissue: Quantification of Soy Isoflavones in Commercial Eggs and Their Transfer from Poultry Feed into Eggs and Tissues. The results of the study as stated in the abstract:

Isoflavones are potent phytoestrogens found in soybeans. Soybean meal constitutes a main ingredient of poultry feed and isoflavones may transfer into eggs and tissues. Our objective was to determine the transfer and accumulation of isoflavones from the feed into hen eggs and tissues, making them isoflavone sources in the human diet. Isoflavone content of commercial eggs with different claims were analyzed by HPLC-MS after hydrolysis. All commercial samples contained soy isoflavones and the metabolite equol. Then, 48 laying hens were fed soy-free, regular (25% soybean meal) or isoflavone rich diet. Isoflavones were found in experimental eggs and tissues. Enhancement of the diet with 500 mg isoflavones/100g feed resulted on egg yolks containing 1000μg isoflavones/100g while livers, kidneys, hearts and muscles contained 7162 μg/100g, 3355 μg/100g , 272 μg/100g and 97 μg/100g , respectively. The results showed that diet can be altered to modulate isoflavone content in hen eggs and tissues.

The author of the study has a pro-soy view of soy protein, so the study was designed to encourage more soy protein to be transferred to egg yolks and poultry tissue. The parameters of the study included comparing chickens fed a soy-free feed, and at the time Tropical Traditions’ soy-free Cocofeed was the only feed available for them to use. Since they started with laying hens that had been raised on a soy-based diet, they conducted periodic tests to determine how long it took the soy-protein to not show up in egg yolks after starting on the soy-free Cocofeed. No trace of the soy isoflavone was found after 10 days following the conversion to the soy-free Cocofeed.

Click here for the full thesis of the Ohio State Univeristy study on soy.
Proudly powered by Weebly